Hubei Mint is one of the earliest provinces to coin silver coins after Guangdong. Zhang Zhidong, the governor of Guangdong and Guangdong provinces, was ordered to transfer to two lakes after the construction of a Guangdong mint. In 1893, he approved the establishment of a mint in Wuchang, Hubei Province. This silver coin was coined in 1895. When it was first coined, the two dragon beards on the left and right sides were different in length, which was different from those in other provinces. Later, due to the obstruction, the left and right dragon beards were changed to be longer when the coin was recast There are only a few of them have been recast without destruction, and most of them are worn or punched, which is extremely rare. The silver dollar quickly withdrew from circulation and was destroyed and recast. Very few of them remain. There should be five kinds of silver dragon pictures with different lengths on the left and right. At present, there are only three kinds of silver dragon pictures, i.e. 1 yuan, 2 jiao and 1 jiao. It is conceivable that the quantity is rare, and the good products are especially precious. 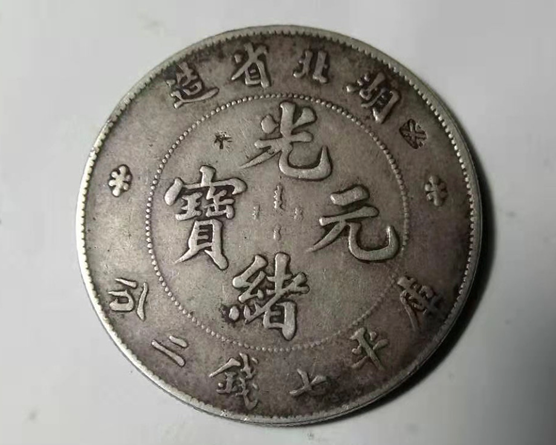 The coin is made in Hubei Province, and the coin is divided into seven coins and two Fen. On the top of the outer edge of the bead circle on the front of the coin, "made in Hubei Province" in regular script, represents the casting place of the coin; two six petal flowers are cast on the left and right sides; and four characters of "Guangxu Yuanbao" are cast inside the bead circle. At the bottom of the coin, "Kuping seven coins and two Fen" is inscribed, and the pattern is still clear and exquisite after a hundred years; on the upper margin of the back is the English provincial name "hu-peh provision"; a "six Petal Flower Star" is added on the left and right sides; and a "sitting dragon" is cast in the middle (because it is similar to the English letter "s", it is also called "s" dragon. There are many editions, including big dragon, small dragon and coarse dragon, There are dozens of kinds of slender dragons. This is a small dragon; the word "7 mace and 2 candareens" is cast on the lower edge. The collection is natural and honest, with good appearance, regular shape, fine texture, fluent writing style and meticulous pattern carving. This kind of coin is rare in the world and has good collection value. 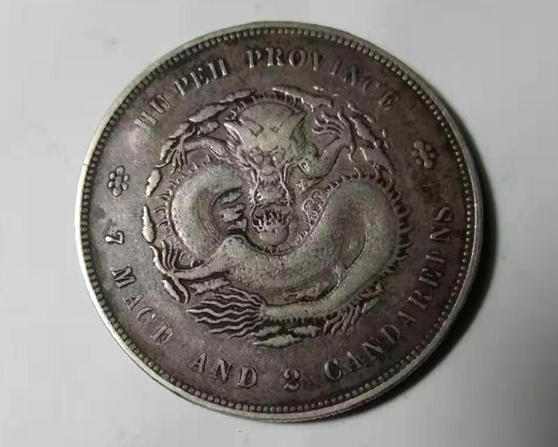 Guangxu 15 years (1889), zhang zhidong was assigned to hubei province, the governor of huguang, shortly thereafter, the experience of guangdong to apply to hubei, and in wuchang, hubei, the establishment of the country's second use of machinery to make silver coin official institutions - hubei yinyuan bureau, this bureau is also zhang zhidong came to hubei to build the first money institutions. Hubei yinyuan bureau made silver yuan, because of the high content of silver, excellent production, popular and marketing. Hubei yinyuan bureau not only cast silver, but also issued paper money. But few of its notes are familiar because they are rare and extremely hard to find. 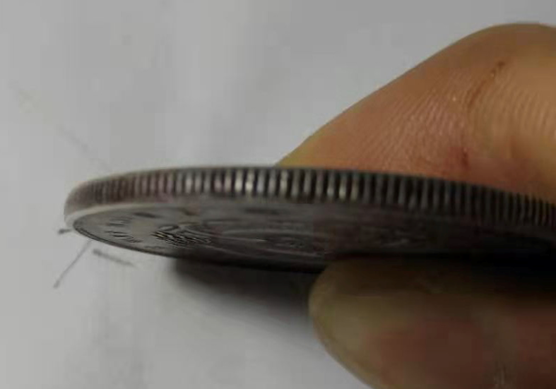