Today's interpretation of bowls: tea sets, small bowls with covers, were first seen in Xuande period of the Ming Dynasty, and were popular in the Qing Dynasty. There are two types of bowl covering utensils, i.e. skimming mouth type and straight mouth folding type. The abdomen is closed down, and the cover is mostly fastened on the inner mouth of the bowl. There are also tiangai earth type, covering the outside of the bowl mouth. The Yongzheng covered bowls, with various sizes and shapes, were a great improvement of tea drinking utensils at that time. Common blue and white, powder color, enamel color and monochromatic glaze and other varieties. This time, we recommend a kind of enamel lotus bowl made in YongZheng year! 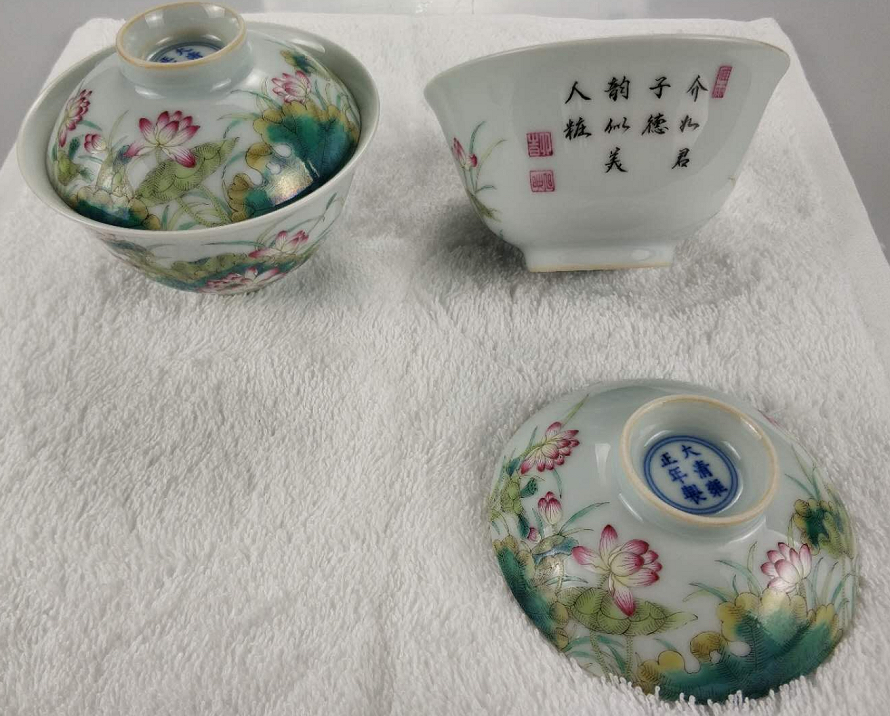 In addition, the tea bowl is a kind of typical utensil, which is easy to be preserved. Therefore, there are no remains of complete tea cups in the song and Yuan Dynasties, but they are rare in the Ming Dynasty. In the Qing Dynasty, tea cups were used to cover bowls, and even used by emperors in the imperial palace. Officials even formed a set of special etiquette because of the bowl covering. The most famous one is "serving tea to see off guests". So far, the tea cup with a lid became a common tea utensil for officials and people (no matter the texture was different), and it expanded from the south to the north. 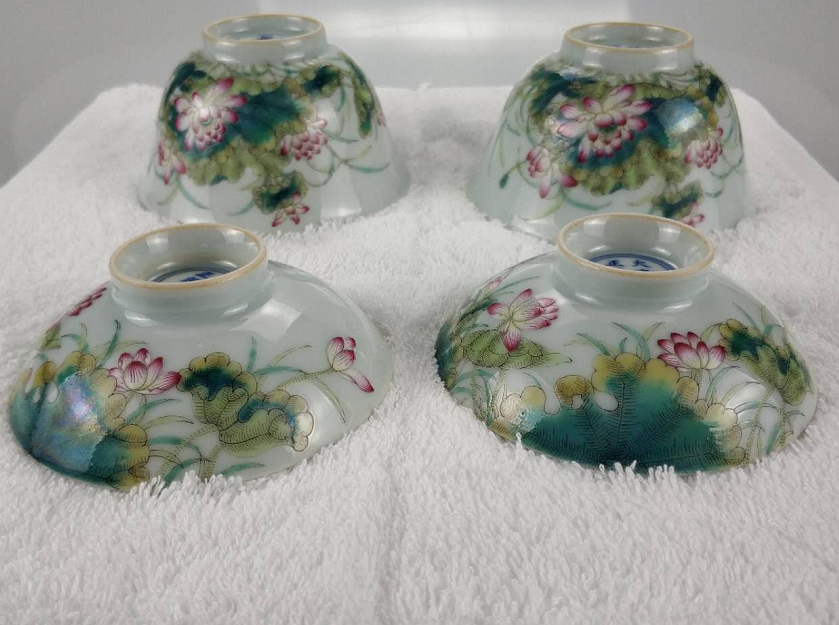 It is precisely because the cup is commonly used in Japan, and it is not easy to preserve. Therefore, although there are still remains of the complete utensils of the Qing Dynasty, they are extremely precious. Relatively common are mainly after the Tongzhi year of the Qing Dynasty, especially in the period of the Republic of China. This so-called relatively common, but also relatively speaking, even during this period of complete tea cups, in fact, is limited. The reason is as mentioned above, because the cover bowl is a daily use device, which is small and vulnerable. 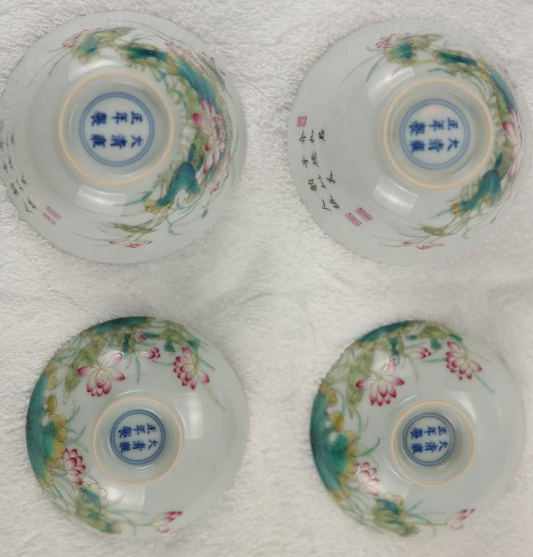 Collection introduction: "Yongzheng year enamel lotus pattern cover bowl" a pair!This pair of cover bowls are official porcelain! It is small and exquisite. It uses the typical Qing Dynasty official porcelain duck egg blue embryo glaze, combined with enamel painting technology, to draw lotus patterns and lotus leaves on the fetal porcelain, and to borrow the word "renyunzi Jiezhuang, a poet of the Southern Song Dynasty, in the bowl body, it is like a beautiful monarch, like virtue"